He has been active with Toastmasters (a non-profit club designed to improve public speaking and leadership skills) for at least a decade and a half.  He often visits a meeting and delivers a 5 to 7 minute sci-fi story that he calls a “speech.”

Like most attorneys, he lives a peaceful, stress-free life (ha!) in which he has plenty of spare time (double ha!) in which to write SFCRD and occasionally SFCRDMC.

When he’s not writing speeches, he writes plays, short stories, novelitas (his own term for a small novel) and full length novels.

He currently lives at an undisclosed location somewhere between the mountains and the sea.  (That really narrows it down, doesn’t it!) 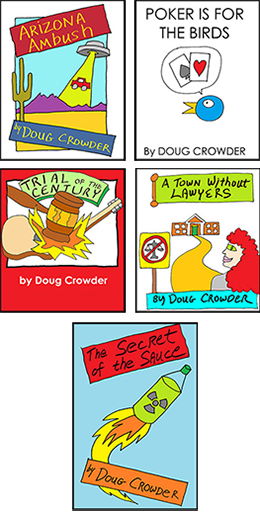